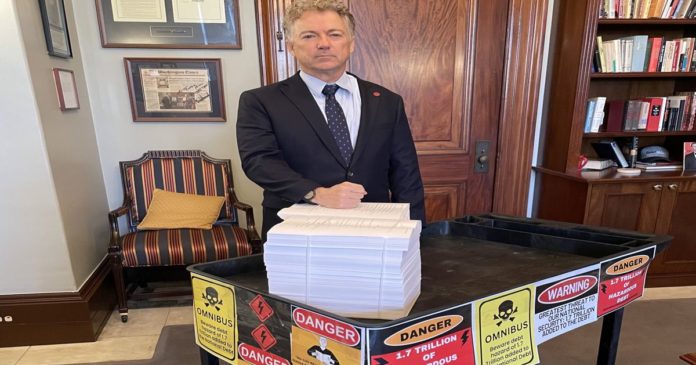 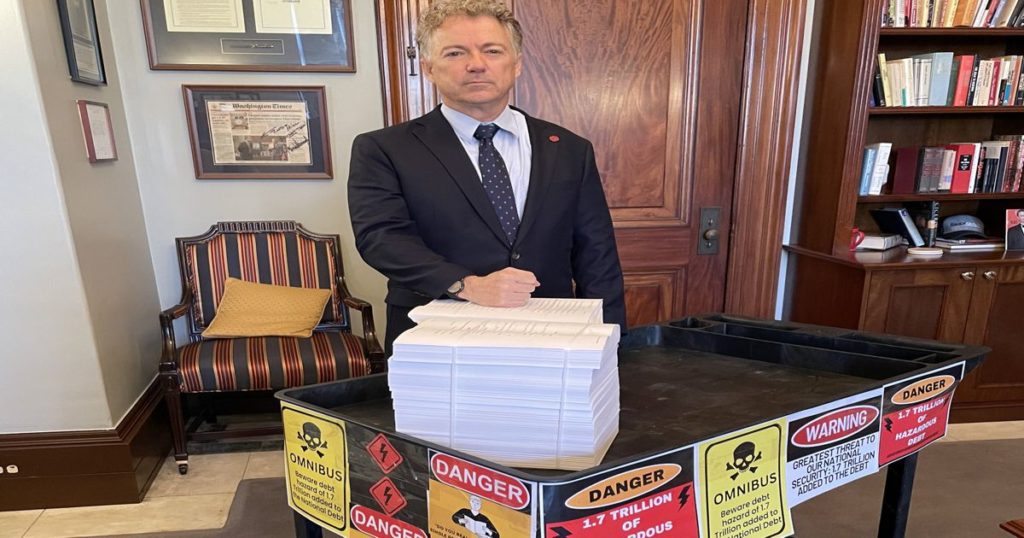 Rand Paul has repeatedly introduced our Read the Bills Act in the Senate. He has also introduced the One Subject at a Time Act and the Write the Laws Act.

This month, he also invoked “bill reading” to fight big spending, as represented by the…

No one read the bill. Congress did not debate the bill.

Many members were not even present when the votes were cast. They placed their absentee votes before the final version of the bill was even available.

No one who voted for the bill could have any idea whether the bill was good or bad, or even what was in it.

The Read the Bills Act would have prevented this travesty.

Let’s go a step further. What would taxpayers think of the individual spending plans in this monstrous legislation? Surely a majority would have supported some but opposed many. The same is likely for the members of Congress. Some proposals could have gotten a majority vote, but many or most would have been rejected.

Sadly, no one ever got a chance to support or oppose each individual spending proposal. Only the package as a whole was presented for a vote. But guess what?

Our One Subject at a Time Act, which has also been introduced by Rand Paul, would have prevented the clustering of unrelated spending proposals. That means…

We have two ways to fight big spending bills like this!

Think what these two reforms would have meant in this case. There is simply no way Congress could have committed to spending $1.7 trillion in borrowed money with just one vote. Indeed…

It’s possible that Read the Bills and One Subject at a Time could bring about a balanced budget all by themselves, with no need for fancy sequestering schemes or a so-called balanced budget amendment.

If you’re not yet one of The 300 in your district who will commit to attend meetings in local congressional offices to gain new sponsors for Read the Bills, then please take a moment to join up. It costs nothing, and no meetings will occur until we have all 300 people in your district.