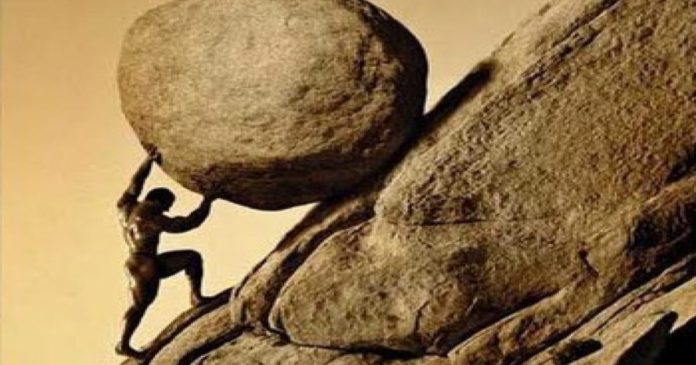 How the Agenda Setters’ Option Activism could free Sysiphus. 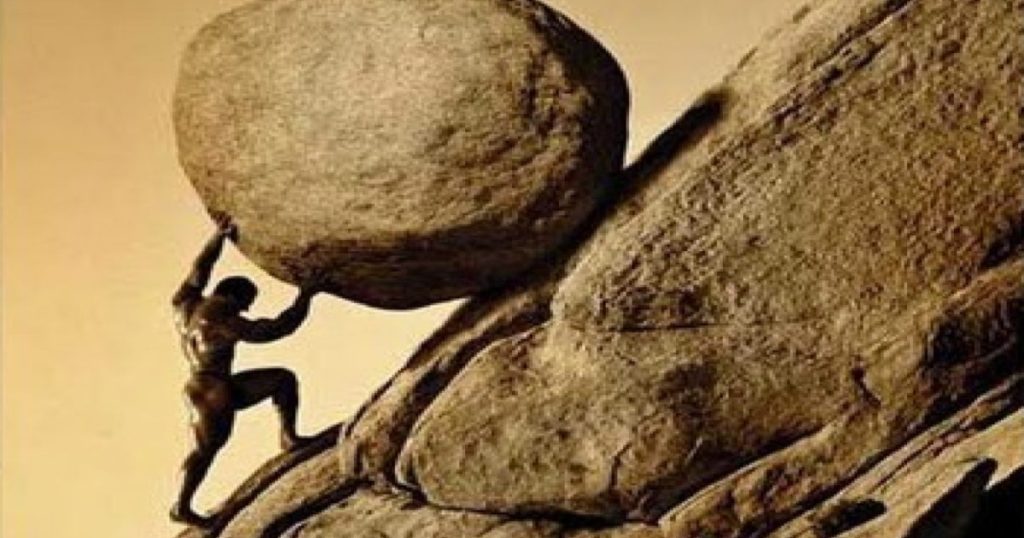 In this message: An Option Activism progress report

The Greek god Sysiphus was doomed to push the same rock up the same hill, over and over again. Each time he got near the top he slid back to the bottom.

Running an anti-establishment campaign for elected office is exactly like that.

The campaign is the rock. Election Day is the top of the hill.

When the votes are cast you slide back to the bottom where you begin again.

We need something that will turn all the steps we take into lasting gains.

This will be the most effective way to gain congressional support for good legislation. Each new co-sponsor can be a lasting gain.

Having 300 people visit local congressional offices should be more than enough to get the job done. Each person we recruit for this purpose amounts to a lasting gain.

We won’t ask people to schedule office visits UNTIL we’ve recruited the full 300 for their district. That way no one wastes any time. Each group of 300 we recruit is a lasting gain.

So keep all of this in mind as we report our first batch of numbers. ALL NEW IDEAS START SMALL OR NOT AT ALL. And each person represented in the numbers below is a lasting gain.

144 people have signed up to be agenda setters, many of them for more than one issue!

Can you help us get to our first increment of 300 commitments? Please sign up to do Option Activism for one or more of these issues…

End judicial findings by which judges sentence people to prison terms for charges that were either acquitted or not tried in court.

Force Congress to read every bill they pass.

Prohibit Congress from clustering unrelated proposals into one piece of legislation.

Help empty non-violent offenders out of the American Gulag by restoring federal parole.

Also, Downsize DC runs on a lean budget. It’s made possible, primarily, by modest monthly pledges. We seek one-time contributions, but our plan requires new pledgers right now. We provide several options by which you can contribute or start a monthly pledge.