Libertarians are winning on criminal justice reform. The issue has transpartisan support. This change is reflected in podcasts like Serial and Netflix’s 13th and Making a Murderer. These programs take a magnifying glass to the criminal justice system showing us the serious flaws within. But political change is lagging. Roughly 2.3 million people are still incarcerated in the United States.1 Roughly 175,000 of those are serving time in federal prison.2 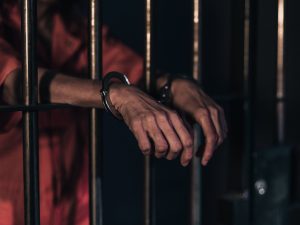 The SRA (Sentencing Reform Act of 1984) ended federal parole in 1987. Prior to the SRA, rehabilitation was a major goal for sentencing judges. The SRA established a new focus – “punishment should serve retributive, educational, deterrent, and incapacitative goals.”3

Before the SRA, the average federal prisoner served less than half their sentence. Longer prison terms create a major expense for taxpayers with no clear compensating gain. Taxpayers spend about $5.8 billion just on federal incarceration expenses alone.4 And the total cost of the world’s largest prison system balloons to a staggering $182 billion at the state and federal level, combined.5

The abolition of federal parole has also increased the “power and impact of all ‘front-end’ sentencing decision makers—i.e.,the policymakers who write and revise sentencing rules, the lawyers who advocate (against the accused)… and the judges who make individual sentencing decisions.”6 The initial sentence has become crucial, because later adjustments are almost impossible.

With the focus on punishment, rather than rehabilitation, recidivism has worsened. The social effects have been tragic.

Mandatory minimums are another artifact from the SRA. The sentences are longer, plus there’s no parole for good behavior. Together, these two policies drastically increase the prison population. Even worse, mandatory minimum sentences are usually triggered by behaviors where there is no victim. The United States Sentencing Commission’s annual reports show that the most common offenses that carry a mandatory minimum sentence are drug crimes.7 In Fiscal Year 2015, nearly a third of all federal prisoners are incarcerated for drug offenses.8

THREE: The War on Drugs

We now know that Nixon started the war on drugs to strike a blow at his political enemies, such as the Black Panthers and the anti-war left. Even today, drug prohibition targets lower income people who find it difficult to afford good lawyers.

Drug crimes are incredibly easy to prosecute. It’s easy to plant evidence. And the State uses the drug war to engage in civil asset forfeiture to fill its coffers.

The negative effects of drug prohibition could fill a book, but notable examples include…

Believe it or not, judges can punish people for crimes they aren’t even convicted of in court. This practice, known as “judicial findings,” allows judges to sentence defendants for crimes they are indicted for, regardless of whether that charge is dropped in a plea deal or they are acquitted by the jury.9

A famous victim of this practice is Silk Road founder Ross Ulbricht. His sentence was based on “findings” that were neither presented at trial nor based on evidence that could be proven beyond a reasonable doubt. Downsize DC has made the argument that this practice violates the Sixth Amendment right of defendants.10

This practice has been criticized by the late Justice Scalia as well as Justices Thomas and Gorsuch. Thus far, their concerns have been completely ignored by the rest of the United States Supreme Court. Instead, the use of judicial findings has been continually upheld by federal circuit judges. However, a bill to end this practice has been introduced in the Senate. It’s called the Prohibiting Punishment of Acquitted Conduct Act of 2019 (S. 2566). This bill has bipartisan support and is currently sponsored by senators Dick Durbin (D-IL), Patrick Leahy (D-VT), Cory Booker (D-NJ), Chuck Grassley (R-IA), Thom Tillis (R-NC), and Mike Lee (R-UT).11 Please participate in our campaign to pass this legislation. We believe our plan will guarantee success.

The AEDPA (the Antiterrorism and Effective Death Penalty Act of 1996) is our fifth villain. This Clinton-era law severely limits federal habeas corpus – the process by which accused people can challenge the lawfulness of their detention. As a direct result of this habeas limit, federal courts are highly unlikely to accept a challenge, let alone overturn the sentences imposed in state courts.

The AEDPA standard means that defendants must show the state court wasn’t merely wrong, but unreasonably wrong. And unreasonable has been interpreted to mean that federal court can only intervene in those instances where there is “‘no possibility’ that any ‘fairminded jurist’ would disagree with the state’s ruling.” Thus, when a federal judge agrees to hear a case, they aren’t just saying that the lower courts were wrong, but that the judges who heard those cases are unfit to even be a judge! You can see how this is a near-impossible standard to reach.12

The Brendan Dassey case, featured in Netflix’s Making A Murderer, is a famous example. In fact, the AEDPA aspect was highlighted in season two. Basically, the presumption of innocence no longer applies in an appeal. Once guilty, always guilty, no matter the evidence. The defendant will have to serve the duration of their sentence no matter how unjust the original verdict may have been.

Agenda Setters by Downsize DC plans to reverse these injustices.

Stephen J. Babka is a senior, majoring in Political Science at the University of Akron [published March 8, 2020].